Industrial robots and machine systems are often susceptible to vibrations that feed into the position control system and cause system instabilities. Vibrations are typically caused by resonant frequencies and nonlinear forces introduced by the robot joints or machine couplings.

The increasing clock speeds and lightweight construction of modern machines also lead to an increased tendency to oscillate. Gantry robot design, for example, may employ less rigid mechanical structures due to design limitations of weight or cost. In such applications with overhanging loads, the flexible links between the end effector and the gantry robot axes may cause the machine to vibrate excessively at every stop or point of movement reversal. To maintain accuracy, the machine must pause until the vibrations cease; to achieve maximum system capacity, the settling times must be as brief as possible. 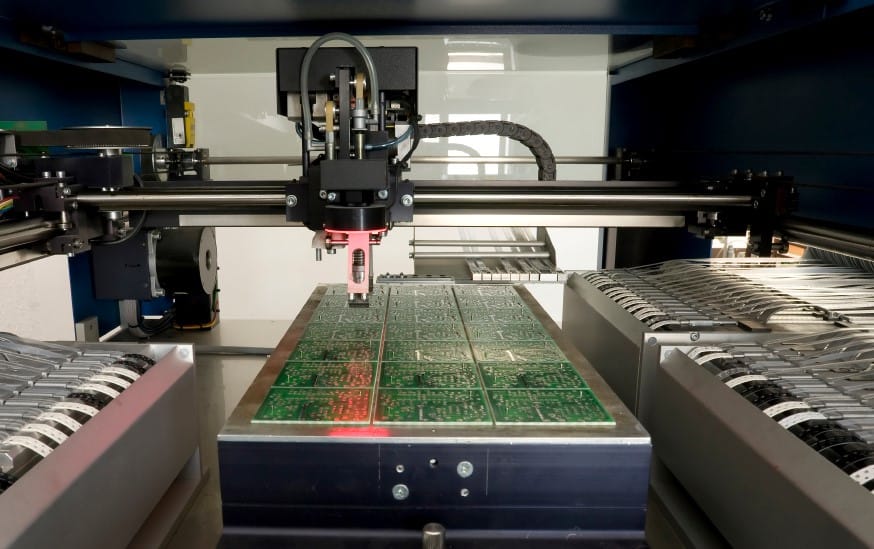 Figure 1         In applications with overhanging loads, such as gantry robots, vibration suppression eliminates the need for a massive mechanical structure

Our Advanced vibration suppression control implemented in its CDHD servo drive series serves to quickly stabilize systems that develop vibrations at a constant frequency. Proprietary control algorithms reduce the following error and the settling time of the load.

The vibration suppression function runs in a closed loop, detecting oscillations as they occur, and damping them immediately. By actively damping load oscillations, Servotronix drives significantly reduce the time it takes for a heavy load or an end effector to settle at the target position. Although the following error seen at the encoder level may be higher, the overall performance of the system, as evaluated at load position, is significantly improved.

The vibration suppression process has four phases, shown in Figure 3.

Phase 1: Perturbations to the system are detected using control variables, such as position error and current, as input. A perturbation value is calculated.

Phase 4: The corrective outputs are added to the control variables using a damping gain parameter. 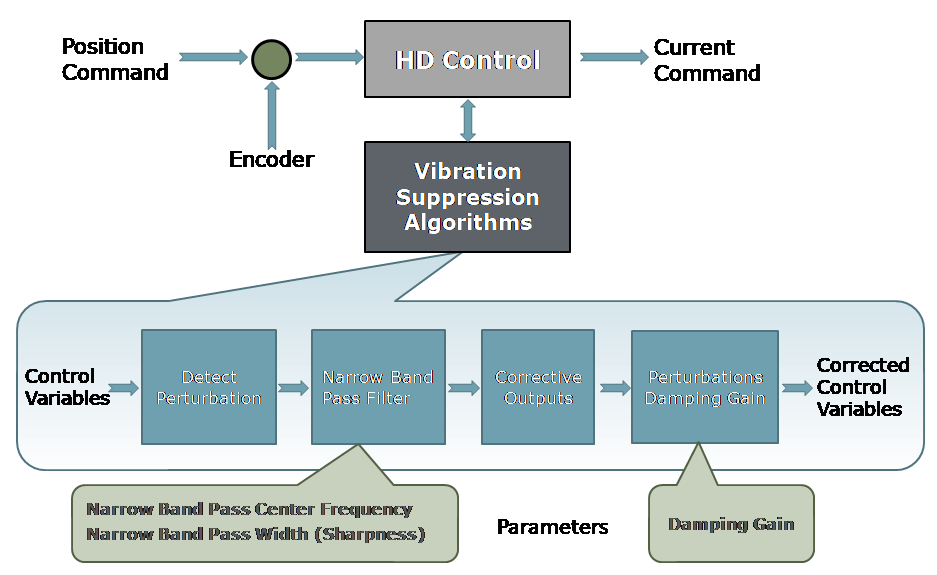 For vibrations that occur at high frequencies, the CDHD drives rely on standard low pass and notch filters. The proprietary vibration suppression function was developed to control vibrations induced by low resonant frequencies, ranging from 5 Hz to 400 Hz. The function is also capable of damping systems in which several distinct resonances occur.

The STXI method of vibration suppression notably improves the performance of servo systems in which a load is carried by a flexible coupling, as shown in Figure 4. 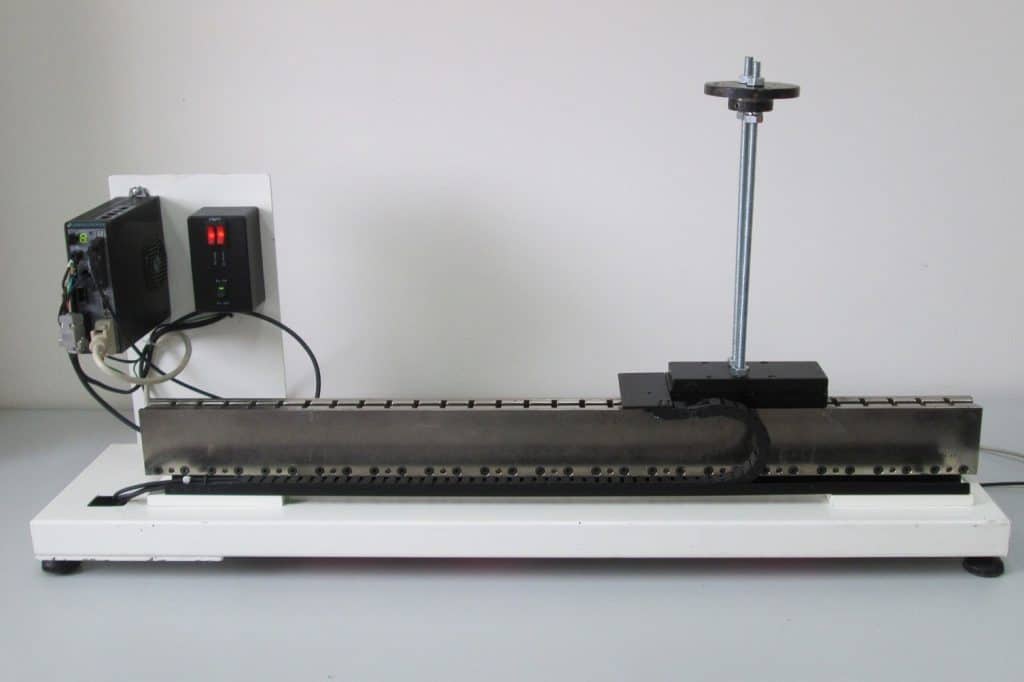 This type of coupling has a significant amount of flexibility. If servo control of the motor is set for near-zero position error during movement, the load will oscillate strongly at each position. Moreover, every change in acceleration will produce a jerk, further increasing the oscillation of the load. 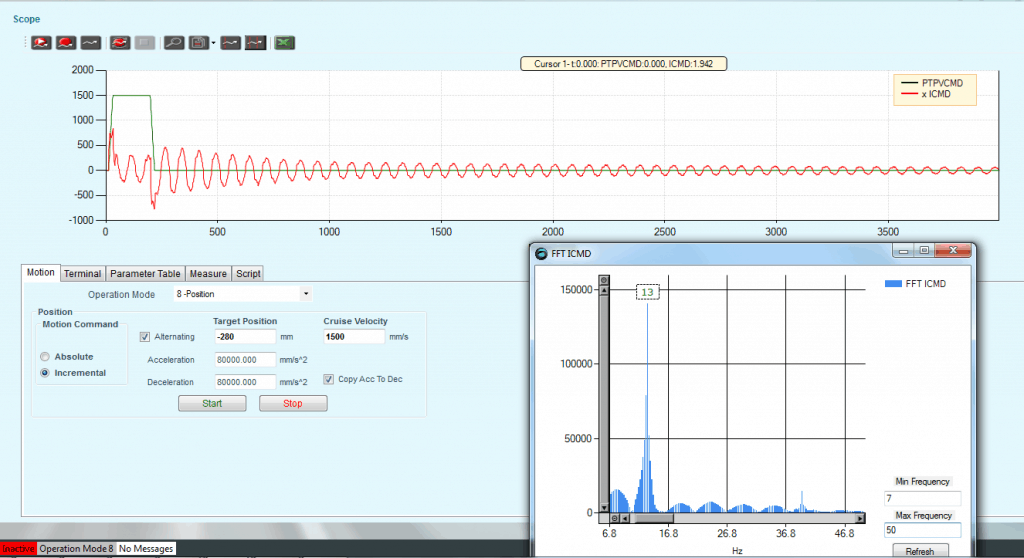 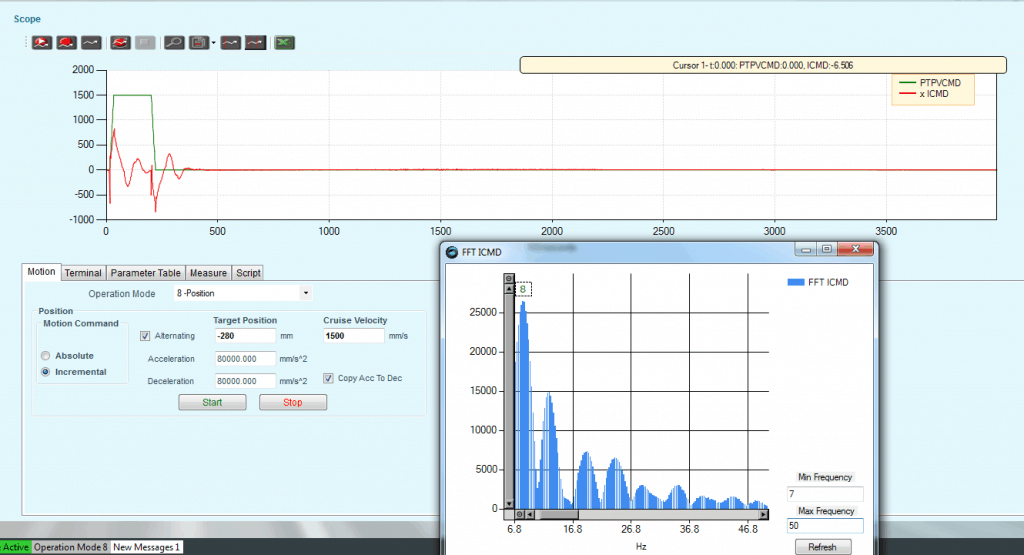 STXI vibration suppression has proven extremely effective in robotic applications in which heavy loads cause deviations from the required path. Figure 7 shows the robot path following before and after the application of vibration suppression in a system using the CDHD drives. Without the function, vibrations cause deviations from the intended path. Once the function is applied, path following becomes precise and smooth.

Whenever an automated application employs a suspended load, or ball screws or belt-driven linear slides, or a non-rigid motor-load coupling, it runs the risk of vibration. With vibration suppression control as a standard feature, CDHD drives can effectively improve the cycle time and performance of machines in applications such as electronics assembly, semiconductors, machine tools and laboratory automation.