Stepper Motors Use Closed-Loop Technology to Step Into Servo Spplications

Technological advancement is changing the performance-cost ratio between stepper motors and servo motors for a growing variety of demanding industrial automation applications.

Thanks to the adoption of closed-loop technology, less expensive steppers are making inroads into applications that have been considered the exclusive domain of more expensive servos.

Where does the conventional wisdom concerning steppers and servos come from?

A stepper motor rotates in steps, using magnetic coils to pull a magnet in steps from one position to the next. To move the motor 100 positions in a given direction, the circuit steps the motor 100 times. The stepper moves incrementally using pulses and can be precisely positioned without any feedback sensor. 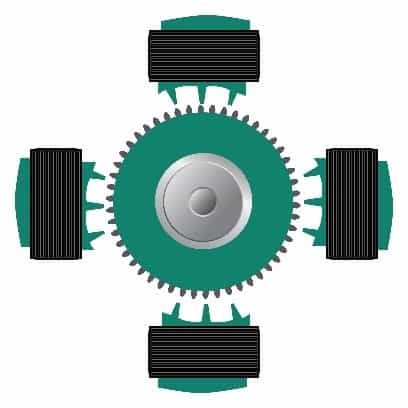 Figure 1. The mechanical structure of a hybrid stepping motor

The servo’s method of movement is different. It uses a magnetic rotor that is connected to a position sensor – an encoder – which continually senses the exact position of the motor.  Servos monitor the difference between the motor’s actual and commanded positions and adjust current accordingly. This closed-loop system enables the motor to stay on course. 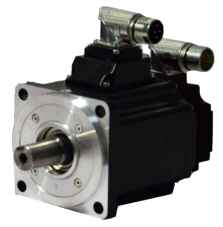 Not only are steppers less expensive than servos, but they are also simpler to commission and maintain. Steppers are stable at rest and hold their position, even with dynamic loads. However, as the demands of certain applications increase, more expensive and complex servos must be applied.

A crucial difference between steppers and servos is in applications that require knowledge of the precise position of the machine at every moment. In an open-loop, stepper-controlled motion application, the control system assumes that the motor is always moving correctly. However, when a problem is encountered, such as jammed part that causes the motor to stall, the controller does not know the actual location of the machine, causing it to lose position. The servo’s inherent closed-loop system holds an advantage: should the machine snag on an object, it will be sensed immediately. The machine will stop operating and never lose position.

Performance differences between steppers and servos derive from their dissimilar motor designs. Stepper motors have a lot more poles than servo motors, thus one complete rotation of a stepper motor requires many more current exchanges through the windings, causing its torque to fall off dramatically as speed increases. Furthermore, steppers can lose their step synchronization if the maximum torque is exceeded. For these reasons, servos are preferred for most high-speed applications.

Conversely, the stepper’s high pole count has a beneficial effect at lower speeds giving the stepper motor a torque advantage over the same size servo motor.

Figure 4. A stepper’s torque decreases as its speed increases

Open-loop stepper motors operate with constant current and give off a significant amount of heat. Closed-loop control avoids the heat problem by supplying only the current that is demanded by the velocity loop.

Summary of Steppers versus Servos

Servo control systems are best suited to high-speed applications that involve dynamic load changes like robot arms. Stepper control systems are preferred for applications that require low-to-medium acceleration and high holding torque such as 3D printers, conveyors, and accessory axes. Because they are less expensive, steppers are favored as they can lower the cost of automation systems whenever they can be used. Motion-control systems that require the properties of servos must justify the higher cost of these motors. 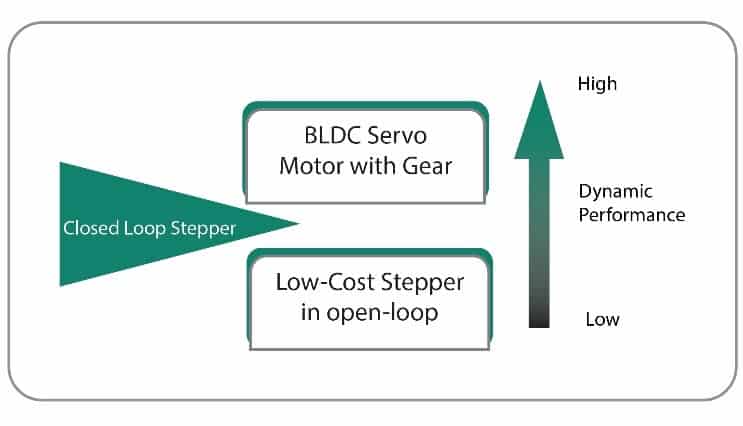 What if the advantages of closed-loop servo technology could be adapted to steppers? Could we realize the cost benefits of steppers while achieving servo-like performance?

By adopting closed-loop technology, steppers are able to deliver the combined benefits of servos and steppers in a low-cost stepper package. Because of their significant performance and energy-efficiency improvements, closed-loop steppers can replace more expensive servos in a growing variety of demanding applications.

Let’s consider the stepIM as our case.

StepIM stepper motors are efficient consumers of energy.  Unlike open-loop steppers that are always commanded with full current, resulting in heat and acoustic noise, current to the stepIM flows only when needed, for example, during acceleration and deceleration. Like servos, these steppers consume current proportionally to the actual torque required at any given moment. Since motor and integrated electronics run cooler, stepIM steppers can achieve the higher peak-torque levels associated with servos.

To make sure that there is enough torque to overcome disturbances and to avoid losing steps, open-loop steppers are routinely sized with at least 40% more torque than required by the application. Not so with closed-loop stepIM steppers. When these steppers are overloaded to a stall condition, they continue to hold against the load without losing torque. Upon removal of a blocking load, they continue to run. Maximum torque at any given speed is guaranteed while position sensors ensure that no steps are lost. Thus, closed-loop steppers can be sized to closely match the torque requirements of their application without the 40% extra margin.

With open-loop steppers, high momentary torque demands are difficult to achieve due to the risk of losing steps. stepIM closed-loop steppers are capable of very fast accelerations, run more quietly and have lower resonance than conventional stepper motors. They are able to operate at higher bandwidths to deliver superior performance.

stepIMs integrate the electronics with the motor which results in a decentralized artchitecture, reducing cabling and simplifying implementation. The stepIM enables the creation of cabinet-less machines.

Below we investigate motion-control performance in a woodcutting application, traditionally performed with servos, but now performed with stepIM closed-loop stepper motors.

A global industrial automation company each year builds and sells hundreds of precision CNC machines to create woodframes for windows. Requiring precise synchronization and high torque, the application required some 20-30 pneumatic and electronic servo motors in each machine. The cost of the servos added significantly to the overall cost.

The high cost of the servos contributed significantly to the overall cost of each machine. Furthermore, the substantial number of additional cables required by the stand-alone, cabinet-mounted servo encoders extended installation time and added to the maintenance complexity.

Upon hearing about Servotronix’s stepIM, closed-loop stepper motors, the company was eager to determine their applicability to these wood-processing machines.

“Cost has become a big factor in keeping our high-end machines competitive on a global scale,” stated the Head of Development. “However, we could never compromise on performance, precision and reliability.”

If lower-cost, closed-loop steppers could achieve the performance targets, the company could use them in place of more-expensive servos, gaining a distinct advantage in the market.

The company embarked on a pilot project to replace the servos in one machine with the stepIM stepper motors. Only the motors would be changed — motion controllers and communication protocols (CANopen) would stay the same.

A significant simplification would be realized as well, since stepIM motors are integrated with the electronics, fewer cables are necessary. Less cabling means faster and less complicated setup time and maintenance.

After only a few months, and with exceptional technical support, the company was able to present its stepper-based machine in a trade show.

The project manager was pleased to be able to meet all implementation targets. “We were able to pull out the servos from the target machine and replace them with stepIMs. Although we had some software to write and some preliminary testing to do, we got the whole thing working in a couple of months.”

The next step was to determine if the stepper-motor version of the machine could meet precision, acceleration, energy consumption and other key performance indicators.

After a month-long trial process, the company concluded that the closed-loop stepper motors allowed the machine to meet all the specification and machine performance requirements while reducing complexity and cutting costs by over 5% per machine. The company has now started to implement stepIM in 300 new machines.