Dynamic modeling of robotic manipulators has been a known methodology in academic circles for many years. It commonly serves as a tool in robotics and engineering laboratories for research and development of humanoid robots and advanced control algorithms, motion simulations, and other academic pursuits.

Dynamic modeling involves the development of mathematical formulas that describe the dynamic properties of the robot – inertia, mass, center of mass, and other characteristics that cannot easily be measured. Although frequently seen in theoretical research, the application of dynamic modeling to improve robot control has been mostly overlooked by developers and manufacturers of industrial robots.

Servotronix first considered the potential of dynamic modeling to resolve performance issues experienced by a manufacturer of high speed delta robots used in the semiconductor industry.

The solar wafer handling applications in which the robots were employed demanded high acceleration and extreme precision. With its inherently fragile structure, the delta manipulator was highly susceptible to breakage. Moreover, it posed the threat of impacting and damaging expensive loads and production materials. 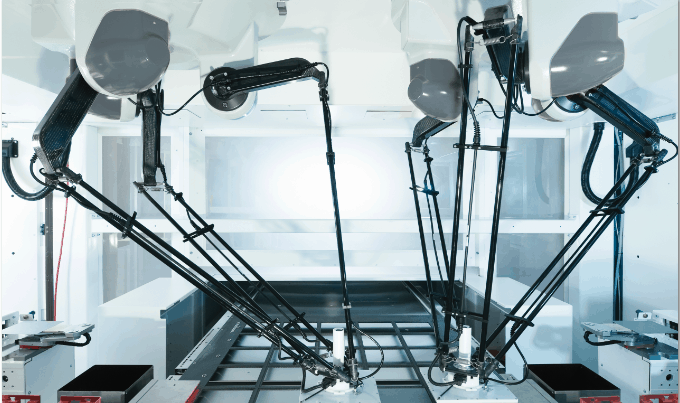 Delta kinematics is based on mechanical parallelograms which are connected by ball-joints, in some systems, to the moving platform and the arm links. If certain positions or angles are exceeded, the force needed to break apart the robot decreases drastically, and the robot can easily disassemble if a collision or strong jerk occurs. To further complicate this scenario, these breaking points are typically at an outstretched position, where there is a strong risk of hitting an obstacle. If an impact is left undetected after the robot breaks, the potential for even more damage increases.

To overcome these disadvantages and provide better control of the delta robot, Servotronix engineers adopted and enhanced a dynamic model whose origins were rooted in academic research.

The resulting model, or set of algorithms that describe the delta robot, is only half the story.

Once the robotic system has been modeled, accurate values of the dynamic parameters need to be obtained. Servotronix achieved this by developing additional algorithms and a process for automatic identification of kinematic and dynamic parameters.

While some parameters, such as the geometric dimensions of the robotic arm links, are easily measured and inserted into the formula, other parameter values, such as the center of mass of each link, are determined by the automatic identification process.

During the identification process the robot is moved randomly, and the values of the dynamic parameters are determined by the Servotronix identification algorithms. Both internal and external factors – such as shape, material, cables, friction – are figured into the calculations.

As a result of the success achieved with model-based control of delta robots, Servotronix went on to develop dynamic models for other types of robots, such as SCARA robots, 4-axis traverse arm robots, and the 5-axis Galileo Sphere Robot Light. The company recognized that the ever-growing demand for greater output, faster speeds, and lower costs, could be answered by dynamic modeling. 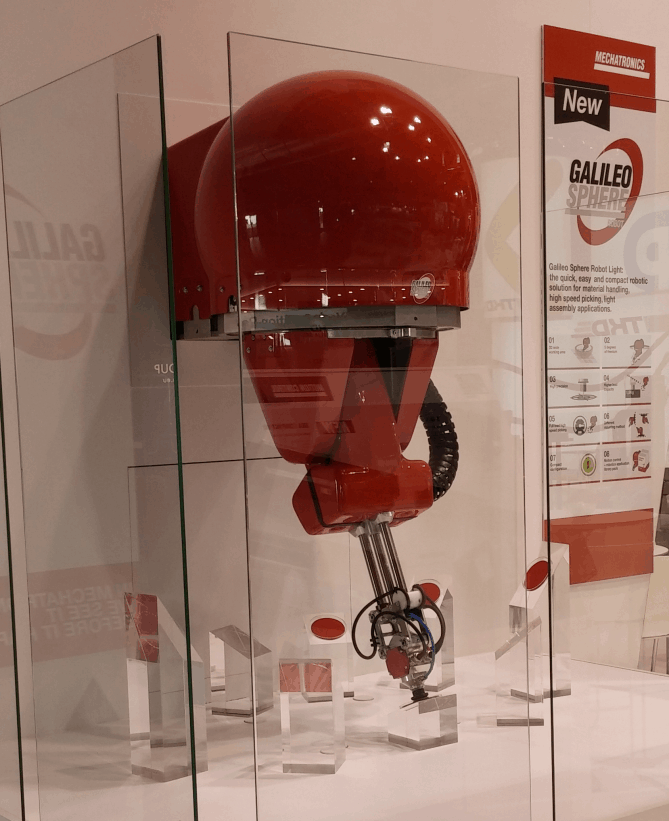 Using the dynamic models, Servotronix customers have achieved faster settling time and better trajectory-following motion control. A side benefit is the detection of wear and tear on the system through changes over time in mechanical parameters, particularly the friction constant. 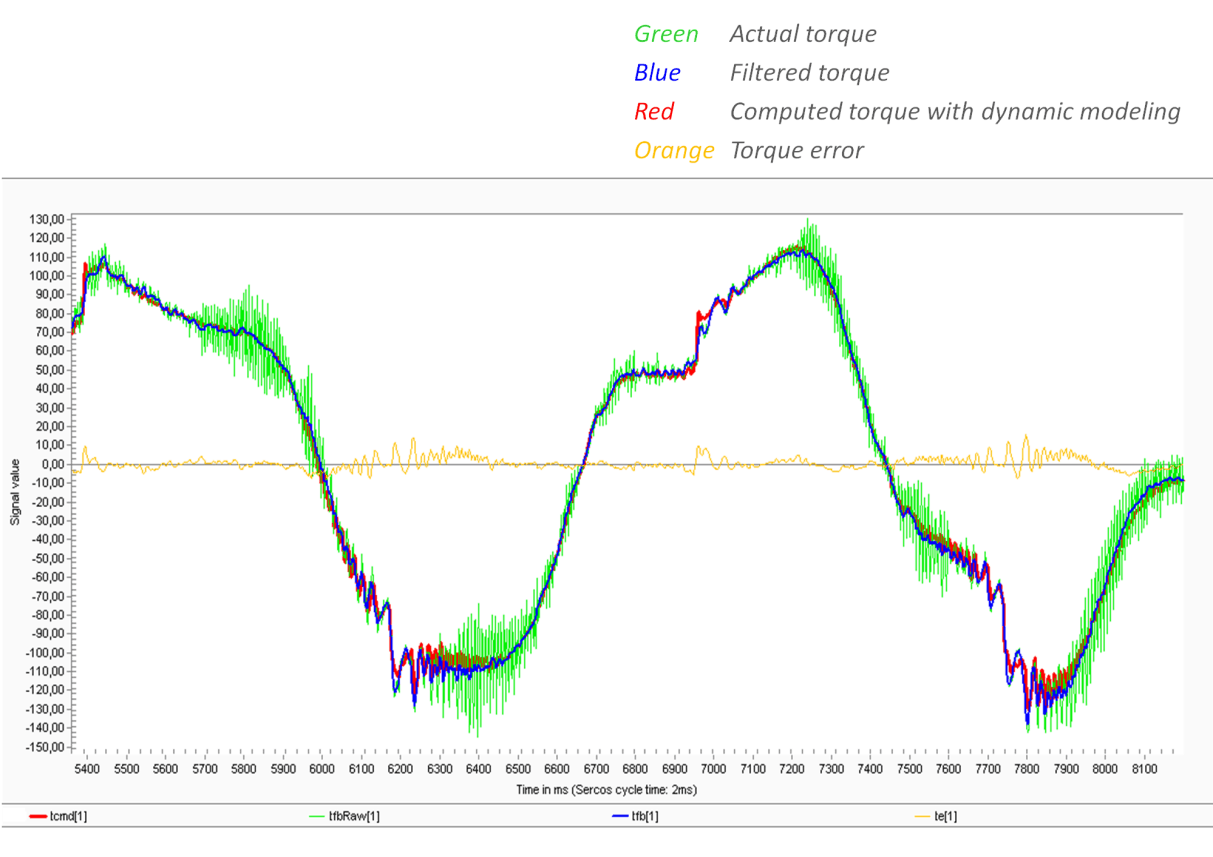 The computed torque values almost exactly predict the filtered torque,
as indicated by the torque error

Model-based control is now an embedded feature in Servotronix softMC multi‑axis controllers. Its effectiveness is ultimately achieved through a real‑time motion bus system. EtherCAT allows the Servotronix softMC multi‑axis controller to update drive values every millisecond. In each sample, the softMC sends and receives from the drive commanded and feedback torque values, along with standard position and velocity values. The softMC is typically coupled with the Servotronix CDHD servo drive, which can be configured to receive torque as an additive value, as a supplement to the torque it computes on its own. 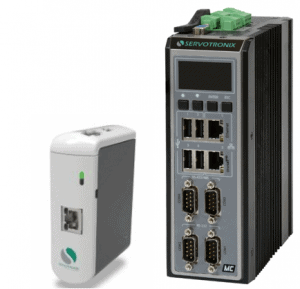 The immediate benefit of model-based control, as seen in the case of the delta robot, is impact detection and avoidance. Load and workspace, as well as human operators, are better protected. Moreover, it eliminates the need for force sensors, thereby simplifying system design and reducing costs.

The most significant benefit of this control method is enhanced robot behavior and drive performance. Paths are highly optimized since the torque required to reach positions can be calculated and controlled with greater accuracy. The required current is smoother, as it is computed and not simply obtained by a feedback loop, giving better speed control and reducing jerks and spikes.

Estimation of torques and forces on the robot during movement and the prevention of excessive torque allow robot speed to be increased easily and safely, while oscillations and settling times are reduced. Ultimately, model-based control results in robotic systems moving faster and more accurately, with greater throughput.